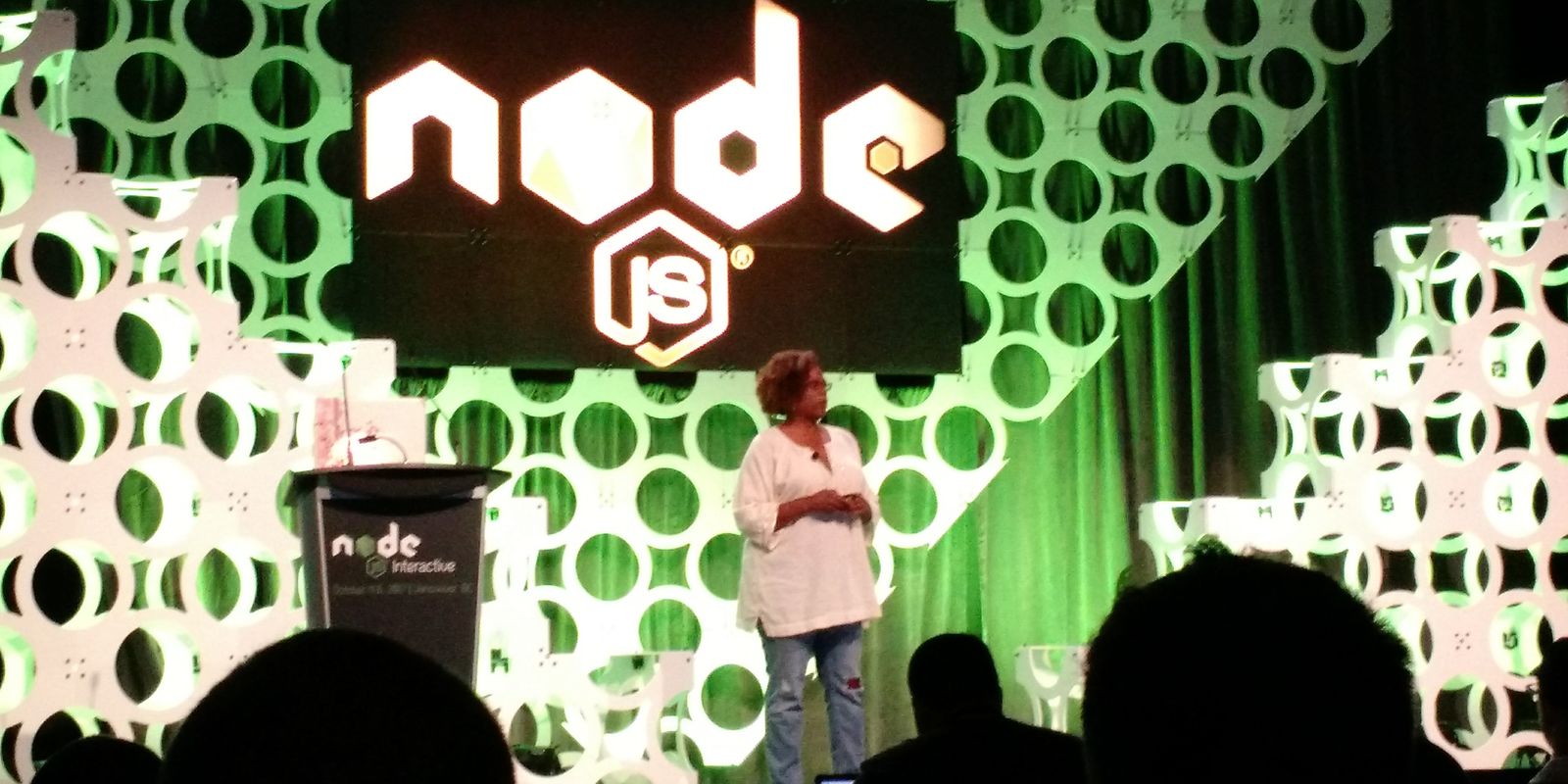 This is a live blog of Kim's talk. Quotes are from Kim, as best I can render them in real time, or from those she referenced. Bear with me. — Tom Boutell

"Kim has years of experience working with learners of all ages, skill level, and abilities and is now using her knowledge to develop technical people, ideas, organizations, and communities. Her current efforts focus on creating environments that support the safe sharing of common attitudes, interests, and goals, which she is doing with “The Community Engineering Report” podcast (@CommEngReport), “Taming the Wild West: Strategies For Successfully Transitioning Into A Technology Career” workshop, public speaking, and #WeCanDoBetter. She is currently pursuing a Doctor’s of Business Administration - Technology Entrepreneurship"

Kim was excited to take on a keynote speech about inclusion and diversity at Node Interactive until late August, when the ayo.js split happened. She agreed at that point to stay out of it until her talk.

"The hard work is just beginning. Codes of conduct are reactionary, we need to be proactive. I'm not saying we don't need a code of conduct, I am saying it is just the beginning."

Peter Senge: "The cause of many problems lies in the very well-intentioned policies designed to alleviate them."

"Business and other human endeavors are systems. They too are bound by invisible fabrics of interrelated actions..."

Most players see their job as managing their position in isolation from the rest of the system. What is required is for us to see how we interact with the larger system.

"Event" explanation = "who did what to whom" (reactive).

"Pattern of behavior" = seeing the longer-term trend and assessing the implications. Breaks the grip of short-term reactiveness.

"Structural" explanation = least common and most powerful. What causes the pattern of behavior?

"I am my position"

When people focus only on their position, they make their own lives easier but have little sense of responsibility for the whole.

"The enemy is out there"

There is in each of us a propensity to find someone to blame. "Out there" and "in here" are usually part of a single system.

"A lot of the noise was from people who aren't even in the node community."

"[Responding to] events. People quitting boards, necessary steps but not looking at the system as a whole." Parable of the boiled frog: learning to see slow, gradual processes by slowing the pace and paying attention to the subtle as well as the dramatic.

The delusion of learning from experience

The most powerful learning comes from direct experience — the dropped semicolon bug a programmer never makes again. We learn best from experience but we never directly experience the consequences of many of our most important decisions. The most critical decisions made have system-wide consequences over years or decades.

(Refresh away, this is a live blog)

Myth of the management team

Most management teams break down under pressure. MOst managers find collective inquiry inherently threatening. School trains us never to admit we do not know the answer.

Although open source should tolerate learning from error more than traditional business, the mentality is still there.

2. The harder you push, the harder the system pushes back.

When Node.js didn't deal with certain issues after the first fork (io.js), the system pushed back.

3. Behavior grows better before it gets worse.

4. The easy way out usually leads back in.

If we use the techniques that solved yesterday's problems, we usually wind up back where we started, because it's a system (?)

If I want water and I go to the faucet, I as a human am so selfish that I fill my glass and then I stop the water [and that's it]. But I haven't thought about the system. If I don't pay my water bill, nothing will come out. If there's not enough pressure, nothing comes out. If my pipes freeze, nothing comes out. If there's a water main break... these things have nothing to do with me. (?)

5. The cure can be worse than the disease.

Sometimes, people have to go. Executives must take responsibility. Culture and community come from the top down. Pushing from the bottom up isn't enough. "I have the most uncomfortable talks about inclusion and diversity, until those conversations we're just circling. White men are afraid to talk [expecting to be attacked], black women are like oh screw it [expecting to be ignored]. Diversity means nothing if it's not an inclusive environment. People sitting at the table need a voice. It can be uncomfortable.

You need to make room for other people. Research shows that people of different perspectives, of all sorts — not just race and gender but even timezones — lead to better products and services.

It's painful. We want immediate results. But if we haven't gotten to the cause it's [not a long term fix]. Leveraging organizational culture for advantage requires iterating your culture.

7. Cause and effect are not closely related in time and space.

You put a code of conduct in place, everybody reads it. But everybody interprets it differently. So you have a training: "this is what sexual harrassment is." Once you've done that education, you can direct someone back to the training. With just a code of conduct, it's difficult to be sure everyone has the same definitions. [How does this work in open source where people often never meet? How do you have a training? -Tom]

10. Dividing an elephant in half does not produce two small elephants.

If you're at a figure drawing class and there is a nude figure in front of you, you can only draw what you can see. But when all ten of us get together we have a more complete picture of the subject.

Stop blaming each other. "I'm going to say this, and they may edit it out, but shit happens.

When people start knocking at the door: "oh crap, how do we let them in?"

"Stop blaming each other. We need a safe space for all." [Stop blaming for what? What is OK to not assign blame for? -Tom]

Problems don't happen in isolation. Culture is a direct extension of leadership's demonstrated behavior. The health of a culture or community is a direct reflection of the effort put into establishing norms.

I write my own curriculums, I have a background in improv. I work with people of all abilities... when you put someone into [a diversity leadership role] who don't have these skills, you are doing everyone a disservice.

"I'm a black woman from the south, we've seen it. I fought like hell coming into this space. I don't want to deal with it, but I recognize I have a unique perspective."

When someone is in a diversity leadership role they need authority to make decisions. If they have to go to the CEO to get anything done, their role means nothing.

Lack of resources: biggest pet peeve. everyone thinks they can do community work. You need to pay people to do this job [diversity leadership]. It can't be "other duties as assigned."

Upcoming events: see @inclusionsym and @inclusionconf. @inclusionconf is specifically for executives. Not managers, just people who can write the check and change the policy. 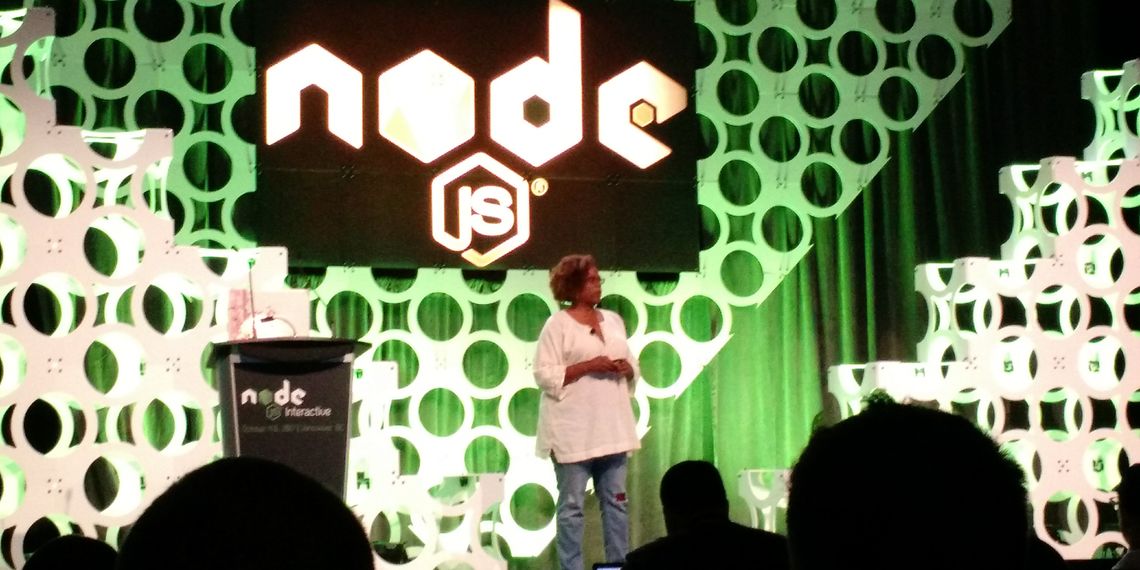 September 29th, 2017
Apostrophe Enterprise: the road to Node.js Interactive
By 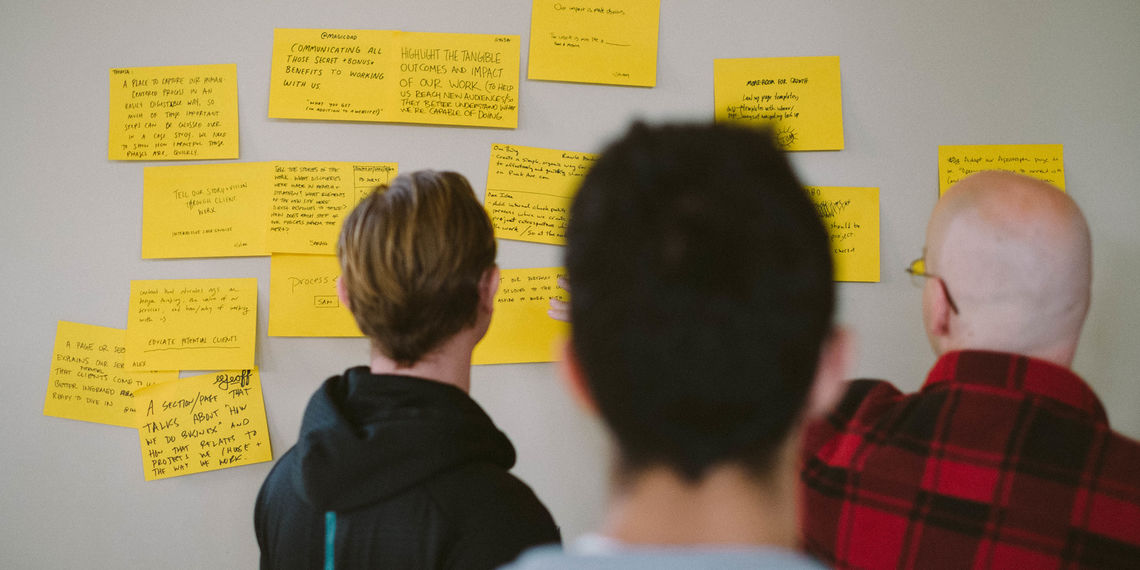 January 6th, 2017
Designing For Yourself
By Matt Goold 👀 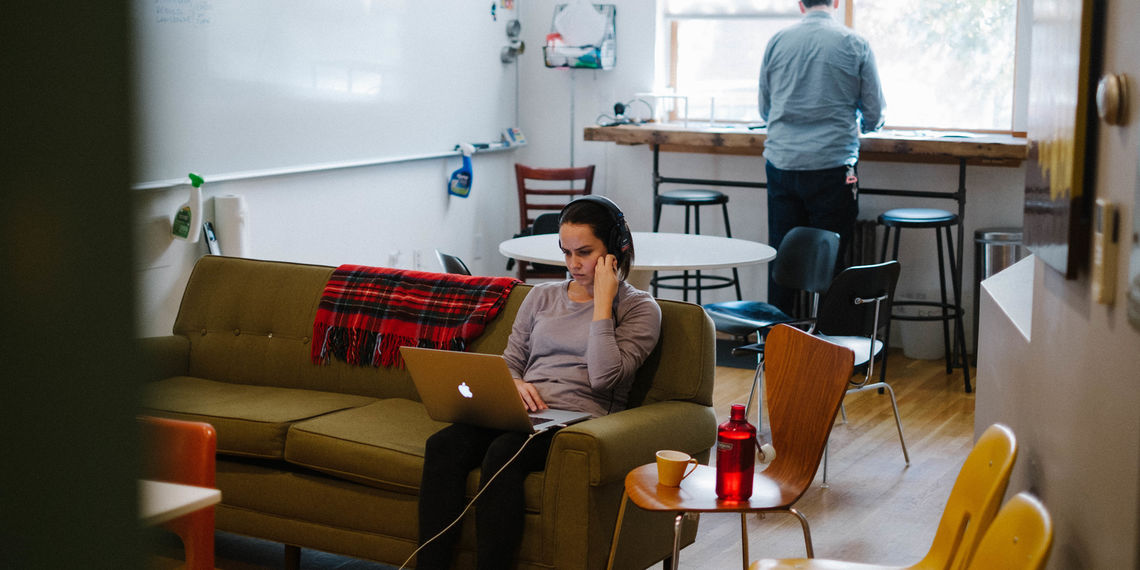 January 6th, 2017
Professionalism - In a Word
By Krista Sassani